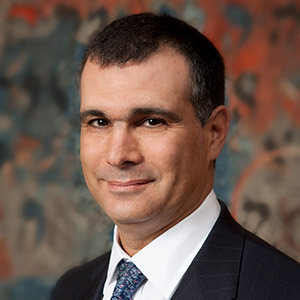 With 30 years in the industry, Mitch Weseley is widely regarded as the “father of the TMS industry” having created six successful companies in the technology and logistics industry. Notably, he foresaw the market demand for the first and second TMS generations, and both times created new companies and products to address these opportunities. In 1992, Mitch founded Weseley Software Development Corp which quickly experienced rapid customer and revenue growth. The company was sold to McHugh Software International (later RedPrairie), a leading provider of warehouse management software, in 1996.
Mitch then started dx/dt technologies, another supply chain execution company, which was sold to Descartes.

In 1999, he returned to the TMS market, creating Global Logistics Technologies (G-Log) as a second-generation TMS to manage the large complexities associated with shipping to all geographies and utilizing all modes. Mitch compiled a core team comprised of the best software developers and professionals in the industry. Mitch led the team toward making it the most successful second generation transportation software company the industry’s history. The company was sold to Oracle in 2005, and is now called OTM (Oracle Transportation Management).

Once again, he and his core team are reinventing the TMS industry with 3Gtms, formed in 2010. In February 2013, the company merged with Transite Technology and has created the next generation of transportation / trucking dispatch software.

Mitch is a graduate of Princeton University.

This website uses cookies to improve your experience while you navigate through the website. Out of these cookies, the cookies that are categorized as necessary are stored on your browser as they are essential for the working of basic functionalities of the website. We also use third-party cookies that help us analyze and understand how you use this website. These cookies will be stored in your browser only with your consent. You also have the option to opt-out of these cookies. But opting out of some of these cookies may have an effect on your browsing experience.
Necessary Always Enabled
Necessary cookies are absolutely essential for the website to function properly. This category only includes cookies that ensures basic functionalities and security features of the website. These cookies do not store any personal information.
Non-necessary
Any cookies that may not be particularly necessary for the website to function and is used specifically to collect user personal data via analytics, ads, other embedded contents are termed as non-necessary cookies. It is mandatory to procure user consent prior to running these cookies on your website.
SAVE & ACCEPT